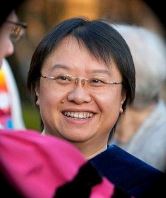 Beginning in 1565, European trading ships known as “Manila galleons” brought sailors, slaves and servants from the Philippines, China, Japan and India to present-day Mexico. Later, the British brought South Asian indentured servants to the Caribbean, while Chinese coolies were sent to Cuba. As our nation rose to become a global and trading power in late 1700s, its growing presence in Asia increased migration from the region. The earliest settlement was the Filipino fishing village of St. Malo, founded in Louisiana in the 1840s. Then, following the end of African slavery in the Americas, mass numbers of Asian coolies (unfree laborers) were imported. The stereotype of Asian cheap labor shaped the populist imagination then, as the stereotype of the Mexican workers does today.

The Native Hawaiians were brought into the United States after their kingdom was overthrown by our naval forces, and later annexed as the Republic of Hawaii in 1898. Pacific Islanders include those from Samoa, Guam, and other Polynesian and Micronesian islands, and Melanesia. The Samoan islands in the Pacific were partitioned by Germany and the United States in 1898. The U.S. Navy began taking possession of the eastern groups of islands by expanding the existing coaling station at Pago Pago Bay into a full Naval station. The last sovereign of the islands signed a deed of cession, following a series of U.S. Naval trials. Guam, controlled by European traders for two centuries, was ceded to the United States after the Spanish-American War in 1898. Hawaii, Samoa and Guam remain as militarily significant American jurisdictions in the Pacific today.

More than 1 million mostly Asian immigrants journeyed across the Pacific to arrive on Angel Island — the equivalent of a modern-day detention center — in contrast to the gateway experience of more than 17 million mostly European immigrants who came into the nation through Ellis Island. But as a recent Presidential Proclamation reminded us, “The determination of this vibrant community represents the best of our national character … in places like Selma [to Montgomery 1965 Voting Rights March] and the grape fields of Delano [where the agricultural and farm labor strike of 1965-1970 gained national attention for the plight of some of the nation's lowest-paid workers] … Asian Americans and Pacific Islanders of all backgrounds have set inspiring examples as leaders and trailblazers, united by a common hope for civil rights, equal treatment, and a better tomorrow for all Americans.”