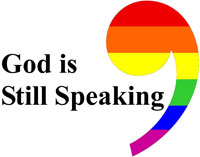 A United Church of Christ congregation in Texas has been told it cannot participate in an evangelical Christian program that assists children of prisoners because of the church's outspoken gay-friendly stance.

The Rev. Dan De Leon, pastor of Friends Congregational UCC in College Station, Texas, said he learned this summer that his church was disqualified from Prison Fellowship's Angel Tree program, which encourages churches to buy Christmas presents for the children of inmates.

"For a church to qualify for Angel Tree, its beliefs must be consistent with our Statement of Faith, including being Trinitarian and accepting the unique authority of the Bible in all matters of faith and life," reads a July 24 letter the church received from Prison Fellowship.

The church provided a copy of the letter to Religion News Service.

"As we have looked at the doctrine and beliefs of your church in light of our Statement of Faith and partnering guidelines, we have determined that your church does not qualify as part of our program."

De Leon said he called the regional office of Prison Fellowship and was told his church was disqualified because it belongs to the UCC's "Open and Affirming" program that welcomes gays and lesbians as members.

"Personally it came as a shock and when it was shared with the congregation, it was equally shocking," said De Leon, whose church draws an average of 120 worshippers on Sunday. "The emotions ran from anger to confusion to just the wind being taken out of our sails as a community initially."

David Lawson, senior vice president of Prison Fellowship, called the situation "one unfortunate incident" and said "very few" of the more than 12,000 participating churches have been disqualified or disqualified themselves from the Angel Tree program. Such cases usually involve differing views about homosexuality or creation, he said.

He said the Angel Tree program is not limited to Christmas presents but aims for a year-round "full relationship" between churches and prisoners' children, involving them in congregational programs.

"We want to make sure that the churches that we partner with are compatible with our values, our statement of faith," said Lawson, who is based in Lansdowne, Va.

The Texas church has participated in the program for five years and been "Opening and Affirming" since 1996. In recent years, Prison Fellowship has reviewed Angel Tree participants to ensure that churches are compatible with a recently revised mission statement that urges a focus on "transformation," he said.

The United Church of Christ has seen other repercussions from its stance on homosexuality. In July, an insurer refused to offer coverage to a UCC church in Adrian, Mich., saying its pro-gay stance put it at "a higher risk" of property damage and litigation. In recent years, major television networks have rejected UCC ads as "too controversial."

The Texas congregation has drafted a letter to Prison Fellowship, signed by more than 120 parishioners and supporters, to express its dismay at being removed from the program.

"We are disheartened that Prison Fellowship has chosen to lean more heavily on small matters of doctrinal disagreements than on much larger matters of theological authenticity and compassion, which demand that we Christians must love one another if anyone will ever believe that we truly follow Christ," the letter said.

UCC President John H. Thomas wrote a letter of support to the congregation, and encouraged them to respond to Prison Fellowship.

"I pray that those who receive your letter will be challenged by its message and, by God's grace, transformed," Thomas wrote.

Lawson said even though Prison Fellowship is no longer aligned with the College Station congregation, "we affirm them in their desire to serve these children."