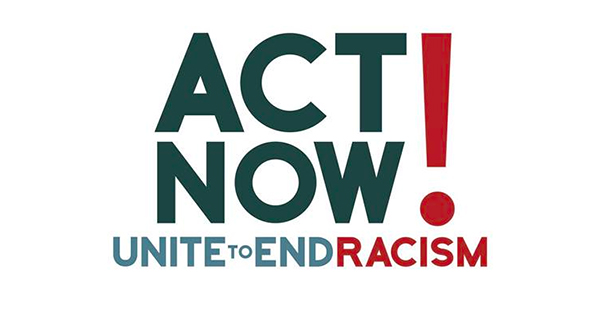 The United Church of Christ (UCC) is proud to partner with the National Council of Churches (NCC), denominational leaders and members of communion churches, and ecumenical bodies to commemorate the 50th anniversary of the assassination of Martin Luther King, Jr. in Washington, D.C., April 3-5.

Join this historic event as the National Council of Churches, UCC General Minister and President, Rev. John Dorhauer, and UCC members from across the country in this Rally and a Call to Action.

Call to Action
To finish the work of Martin Luther King, Jr., and challenge ourselves and our neighbors to join in an awakening to truth-telling, leading to actions and activism in order to heal our nation, communities of color, and people of faith

A – Awaken the nation to the truth that racism hurts us all
C – Confront the ways in which we have been complicit, complacent, or coerced
T – Transform – as stories are shared and truth is revealed, name the ways we can change and be transformed: as individuals, families, neighborhoods, communities of faith, and society as a whole

Where: At sites across Washington, DC, including the Lincoln Memorial and the National Mall

Tuesday, April 4: Immediately following the rally get refreshed and energized to return to your local churches sharing what you experienced at the rally. Come and celebrate the launch of the ACT Now! campaign To End Racism. Our host will be First Congregational UCC located at 945 G Street NW. The church is 5-7 blocks from the National Mall. Receive more information about the multi-year efforts of the campaign to awaken your congregation to the ongoing work to end racism. Come and greet your UCC sisters and brothers from across the country.

Be part of the nationwide commemoration of the 50th anniversary of Dr. Martin Luther King’s assassination and be part of this clarion call to the nation! Learn more and sign up for updates via the National Council of Churches.

Sign up to be a volunteer at the UCC Tent

Visit the Following Websites for Updates and More Information

Please remember to register your bus in order to gain access to the drop-off and pick up location on the day of the rally.

Additional Information:
Buses will be able to drop off and pick up passengers on on the north side of Independence Ave SW between 7th St and 14th St. After dropping off, buses will have to go elsewhere to park for the day. The primary parking option is three churches in Silver Spring who are working with us. They are:

The cost for parking at these locations is a suggested donation of $25.

Additionally, parking is available at RFK Stadium, Lot 8. The address for the lot is 2517 Independence Ave SE. No advance reservations are needed. There will be a cashier on site to accept payment. Cost is $65 per bus and payable with cash or credit (additional small fee).

Preparation for the Day

UCC churches plan to walk together as a denomination Tuesday morning during the Silent Prayer Walk to the National Mall as a sign of solidarity to end racism in our nation. The gathering location will be forthcoming.

First Congregational UCC has graciously offered the use of the church to host UCC rally attendees and guest between the hours of 12 noon and 5 pm. You are welcome to visit the church throughout the day. The Narthex and Community Hall will be open for you to enjoy refreshments, relax and use the bathroom facilities. The church sanctuary will be available for quiet time and reflection.

Jason Carson and Katie Adams, Justice and Local Church Ministries Washington D.C. staff will be available to welcome and assist with any questions and information about the D.C. area, UCC congressional updates, and upcoming events.

Immediately following the rally there will be a Post Rally Gathering of UCC rally attendees and guests between 3 pm – 5pm. Please bring your church group, family, and friends, to hear what’s next regarding the ACT Now campaign, UCC announcements, and updates for the Thursday, April 5 National Day of Advocacy and Action. The church is located at 945 G Street NW. The church is 5-7 blocks from the National Mall.

Utilize the Get Around Guide while visiting Washington D.C. and the Gettting to the National Mall Flyer.