Across the UCC: Military Chaplaincy 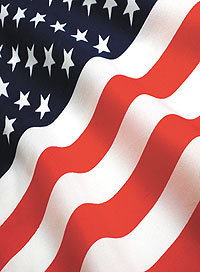 'To comfort the wounded and bereaved is a tremendous privilege'

The Rev. John Gundlach, a retired Navy Chaplain of 27 years, now serves as the UCC's minister for government chaplaincy. He ministers to the many men and women who are serving the U.S. military as chaplains and their spouses.

"The challenges to our chaplains and their families today are many," he says. "We have had quite a few of our chaplains serve in Iraq — Air Force, Army and Navy chaplains, active duty, reserve and National Guard. They have to be away from their families during deployments for a year to 15 months at a time. This is hard on marriages and families, and requires a period of readjustment even for the strongest relationships."

Gundlach adds that many chaplains who have served in Iraq have returned with symptoms of post traumatic stress. That's why he especially wants to thank UCC clergy who serve as chaplains in the Department of Veterans
Affairs (VA).

"They minister in a myriad of ways to our returning veterans," he says. "They care for those who have been wounded by the horrors of war — those with physical wounds like traumatic brain injuries and amputations, with those who are mentally and spiritually bereft, and those suffering from [post traumatic stress] and a variety of addictions."

"In spite of the cost, there are joys in this ministry," says Gundlach. "Being in there with others in some of the most extreme circumstances any person can endure, and helping to remind them of their humanity as well as the humanity of the enemy, being there to offer the assurance of God's grace, to comfort the wounded and the bereaved, is a tremendous privilege. It's a mantle that few clergy are willing or able to take up, but for our clergy who are called to be military chaplains, it is truly a high calling."

Letters from our UCC military chaplains:

Editor's note: In a two-part series called 'Letters from chaplains,' United Church News has compiled reflections on their ministries from several UCC clergy who serve as military chaplains — at U.S. military bases and hospitals, as well as on foreign deployment. More 'letters from chaplains' will appear in our July-August issue.

 The Rev. Rob Heckathorne, a local parish minister and son of a retired-reservist, didn't enter the Navy as a chaplain until July 2001, "at the ripe age of 46." Before that, he served local parishes in both Presbyterian and UCC churches, while volunteering with the Civil Air Patrol, the official auxiliary to the U.S. Air Force. Currently, he is the only UCC chaplain serving on active duty with the United States Coast Guard.

I strongly believe that God places his faithful where Christ's ministry can be realized. Though significantly older than the sailors whom I have counseled and loved (in most cases twice their age), my life experiences, my longevity in the parish, being a parent of similarly aged children, has proved to help me provide more effective ministry.

Ministry among the Coast Guard is unique to the other services in many regards. The Coast Guard's role is a multi-tasked maritime service with eclectic responsibilities from safeguarding fish hatcheries and environmental protection, to providing port security, to lifesaving missions. The diversity of its mission can change each day. During my tour I have had the blessing and opportunity to help  in responding to a devastating tsunami and four major hurricanes. In each of these I have witnessed the exceptional integration of our military services with our civilian communities.  And similarly have witnessed the collegiality of chaplains from diverse traditions melding seamlessly in an effort to meet the ministry needs of the service personnel and often the civilian communities.

I often wrestle with the concept of how and where can I meet a particular person where he or she might be in their journey of who God is to him or her. At the same time I realize that for many young people with whom I connect, I am of the very first Minister of the Word and Sacrament that they have ever met. That is a great responsibility and opportunity.

 The Rev. David C. Nutt, a chaplain in the Connecticut Army National Guard since 1999 and its full-time state support chaplain since August 2005, was called into active duty out of Waterbury, Conn., in June 2006. Nutt is moved by the support from the UCC's Local Church Ministries and local UCC churches.

The high points [of this ministry] come when a soldier 'gets it' that he or she can actually rely on Jesus Christ to help carry their burden when it gets to heavy. I know that sounds trite, but it is true.

I wish the media, in all its hype, would do a better job in explaining that there is a huge difference between the three R's (reunion, readjustment, and reentry) and post traumatic stress disorder. Moreover, what part about that it being forever don't they understand? You might not even experience it until you hit a trigger years later.  And the 'cure' is learning how to deal with it, how to turn off the bad movies in your head. It's like grief.  It's not cured — you just get better at dealing with it and it doesn't hurt as much.

All of this has not caused me to wrestle with my faith at all, but pushed me to rely on God more and more. Too often as pastors we are prone to dip into hyper intellectual Jesus psycho-babble when all we have to do is merely arrange the meeting between Christ and his estranged children.

 The Rev. B.J. Myers-Bradley works at the Louis Stokes Veterans Affairs Medical Center in Brecksville, Ohio, a suburb of Cleveland. He specializes in substance abuse, gambling addiction and post-traumatic stress disorder. He has served churches in the UCC's Florida and Indiana-Kentucky Conferences.

Being an instrument in the healing of past scars is a joy. Many veterans come into the VA seeking to become whole. The consequences of war, abandonment by family and friends, and the disappointment of failed expectations have resulted in self-destruction. God is viewed as either part of the abandonment, or clung to so closely that the veteran alienates him/herself from others. Joy comes from experiencing the transformation of a veteran forgiving the past, and expanding a concept of spirituality that does not push others away.  Empowering healing by presenting an accepting and forgiving God that is larger than past stereotypes and viewing transformed lives because of the interplay between spirituality and counseling fulfills me.

I understand my role as chaplain as not providing explanations, but to empower questions and hope.  Chaplain Mahedy, a retired VA chaplain, addressed the hope intrinsic within the dark night of the soul when he states: 'Easter occurred at night, not during the day.'

 The Rev. Daniel M. Parker, is a chaplain colonel with the U.S. Army at the Fort Leonard Wood (Missouri) Installation.

I'm the kind of person who likes to get out and about — where the troops are, because I want to be with them, hear their stories, listen to their concerns, laugh with them, pray with them, hold worship wherever they are and help them in their pilgrimage as the multitude of others have for me, especially my God.

The high point of working with these dedicated women and men, brings me to reevaluate my own faith commitment. I've never worked harder than in this assignment, but I've never in my wildest imagination worked as hard as these chaplain and chaplain assistant women and men are working. For most it is often a 14-hour work day. During the summer surge season (May - Sept.) each chaplain covers as many as 2,000 soldiers plus at least 100 cadre and staff.  Surprisingly, they don't complain. But I see and hear their pain, their groans.

 The Rev. Anton (Tony) Ciomperlik is a chaplain assigned to the Brooke Army Medical Center in San Antonio, Texas. A reserve, he was activated and deployed to Iraq in 2003. A member of Woodland UCC in Longview, Texas, he is currently on sabbatical from Good Shepherd Medical Center as director of pastoral care. He writes:

I spent a year in Tikrit, Iraq during 2003 and 2004 and ministered to over 700 soldiers who were experiencing combat. I worked very closely with a combat stress team to reduce the levels of trauma our soldiers were in. I believe that many of our soldiers were blessed and strengthened by our efforts.

My faith definition has changed since my return from Iraq. I define faith as believing in God for what I cannot provide for myself. Faith took me through many mortar attacks and fire fights that broke out in the middle of the night. I can remember one night in particular when an ambush took place in Tikrit. I slipped out of my bunk onto me knees and began to pray, knowing that my soldiers were on patrol that night and now they were in harm's way. The fight lasted for about and hour and the next day a couple of the soldiers came in and told me how they were ambushed and almost lost one of their soldiers. We talked about the power of prayer and God's protection for them and we prayed together.

Later that week, Matt, a military police officer came in to see me and I could tell he was very troubled. He teared up and told me he was outside at the front gate to our operating base directing traffic. During a time when a convoy was coming in, several Iraqi terrorist fired upon the convoy and one individual fired a rocket-propelled grenade (RPG) at Matt and his humvee. The rocket bounced off his humvee and hit a 10-year-boy who was standing alongside the road across the street. The RPG did not explode but the blunt force trauma killed him anyway. Matt was devastated. He said to me that he was prepared to see grown men with guns die but not a small boy. I led Matt to Christ and baptized him a week later in the Tigris River.